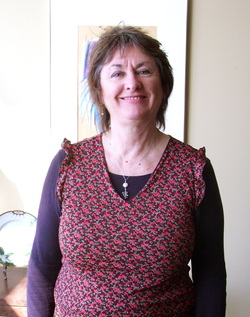 Siovhon moved to Montreal as a teenager and discovered the thrill of art galleries and European culture. She started her creative explorations at Concordia University in Montreal. When she moved west to Vancouver in the 70's she finished a BFA at Emily Carr College of Art and Design.


While living in Vancouver she worked for the Ministry of Social Development and pursued her art part time. Her spiritual path also started there, when she became part of the Buddist community.


She moved to Halifax, Nova Scotia in 2000 to pursue a BEd Visual Art Specialist.  Graduating in 2002 she now teaches Art and Film & Video in a local High School. She feels that teaching and working with creativity full time has inspired her art and her continued explorations as an artist expands her vision as a teacher.